Chinchilla supplementation is a sore point for many owners. Many say it’s not necessary as a chinchilla’s diet should provide suitable nutrition, while other owners say they’ve seen positive outcomes from supplements. So what’s the truth?

Do chinchillas need vitamins and minerals? They do: they need minerals like calcium, phosphorus and sodium for optimal health. They also need vitamins, such as B vitamins, vitamin E and vitamin A. Chinchillas do not need supplements and should get every nutrient they need from a fresh hay + hay pellet diet. If you think your chinchilla has any deficiency, talk with a vet.

But what are a chinchilla’s nutritional needs, exactly? How much calcium and how much of each vitamin do they need? The guide below gives every stat and figure you want, each from reputable scientific sources, so you can give your chinchilla the best possible diet.

Vitamins and minerals are necessary for an animal’s body to function.

Sodium, for example, regulates how much water can get in and out of animal cells, and to keep nerves/muscles functioning properly. Calcium is essential for the skeletal system. A minimum amount of each is required, while too much (an ‘overdose’) of particular nutrients can also have negative effects.

Chinchillas are no different to other animals in that they need vitamins and minerals to survive. Because they have been kept both as lab animals and farm animals, several studies have been conducted into the chinchilla’s vitamin/mineral requirements. These studies can help you create the ideal diet for your pet.

Can Chinchillas Be Vitamin Deficient or Mineral Deficient?

This is highly unlikely, though, except in very select circumstances. That’s because hay and hay pellets typically contain everything that a chinchilla needs. It’s therefore highly unlikely for your chinchilla to be deficient in any vitamin or mineral. The only micronutrient that chinchillas become deficient in with any frequency is calcium, since timothy hay doesn’t have quite enough, but this can be easily remedied.

It’s also possible to have an excess of a vitamin: the opposite of being deficient. When this happens, the body can react badly e.g. by forming a kidney stone. The side-effects of having too much of a vitamin or mineral can be just as bad as lacking it. You therefore have to know exactly what a chinchilla needs, and how to give it to it in its diet.

What Vitamins Do Chinchillas Need?

Vitamin C is easily the best-known vitamin. Also known as ascorbic acid, vitamin C is a water soluble vitamin which acts as an antioxidant, protecting the body from free radicals. But what stands out if you study animal nutrition is that not all animals need to consume vitamin C in the same way that we do.

That’s because almost all animals apart from apes can make their own vitamin C from glucose. The only animal other than apes that can’t do this is the guinea pig; this is interesting, because the guinea pig and chinchilla are both rodents from South America, so share a relatively recent evolutionary lineage.

One early study published in the Journal of Nutrition looked generally at what nutrients chinchillas need. Alongside the rest of their findings, they stated that ‘ascorbic acid does not appear to be a dietary essential for this species’. That’s because the scientists fed the chinchillas four different diets without vitamin C in them, and they seemed to experience no ill effects.

This study was performed in the 1950s, which left plenty of time for it to be corrected. However, later experiments only confirmed what these scientists had found. Study after study suggested chinchillas can synthesize their own vitamin C, like many other animals can. More recent papers like this one from the journal Nutrients back up this assertion.

Do Chinchillas Need B Vitamins?

B Vitamins are less well known than vitamin C, although are just as important to health. There are several different kinds, which are B1, B2, B3, B5, B6, B7, B9 and B12. Each performs different functions in the body, and is needed in different amounts. But again, animal studies show that the need for B vitamins isn’t the same in every animal species.

A lack of any one of these B vitamins can be bad for your chinchilla’s health. Thiamine/B1, for example, is needed by a chinchilla’s body for processing the carbohydrates in its diet (and also for synthesizing proteins from amino acids). Lacking B1 therefore means your chinchilla can’t get energy from its food as easily. It can also cause damage to motor nerves, although this is reversible by reintroducing B1 to the diet. Symptoms are severe, and include seizures, uncontrolled trembling, and even full paralysis.

What Minerals Do Chinchillas Need?

Minerals are chemical elements that the body needs to perform an essential function. Calcium, for example, helps build strong bones and teeth. it also regulates muscle contractions, including those involved in the heartbeat, which is naturally very important.

Chinchillas need both of these minerals, but crucially, they need them in balance with one another. An imbalance, i.e. where the chinchilla has much more of one than the other, can result in nutritional disorders. These primarily affect the muscles and bones, and particularly during development. Other symptoms of an imbalance include muscle spasms in the limbs and face, and brittle bones. According to a Polish journal, this imbalance may also cause dental overgrowth.

So, how much calcium and phosphorus do chinchillas need? Unfortunately, there is no straightforward answer. That’s because:

This second point is the key issue. A lack of calcium can make malocclusion worse; but too much calcium can cause kidney and bladder stones. Certain kinds of hay have more calcium than others, which is how this imbalance occurs.

Most owners find that a diet of timothy hay with a small amount of added alfalfa is sufficient for calcium. But if your chinchilla can’t get enough calcium from hay, you could give it a cuttlebone instead.

Do You Need to Feed a Chinchilla Vitamins?

A chinchilla fed an appropriate diet should not need to take vitamin or mineral supplements. Everything that a chinchilla needs is contained within its food, as should be the case with any diet for any animal/pet.

However, this needs to be done carefully as it’s easy to take too much of a vitamin or mineral. Excess calcium, for example, can cause kidney or bladder stones. You must therefore not take matters into your own hands by either buying a supplement yourself, or by administering more of it than the vet recommends.

Getting Vitamins & Minerals From a Vet

Your vet may prescribe either oral or intravenous (injected) vitamins if your chinchilla is deficient in something.

The best example of this is calcium, because it’s the easiest mineral for your chinchilla to be deficient in. A lack of calcium is known as hypocalcemia, and it can make your chinchilla bloated and listless. Needless to say, this necessitates a vet’s visit.

Upon diagnosis, the vet will recommend intravenous supplement injections of something called ‘calcium gluconate’. Vitamin and mineral injections aren’t commonly used by people, but they are a thing, and the vet will administer them for you. This will immediately boost your chinchilla’s vitamin and/or mineral levels.

It is also possible to fix a deficiency in your chinchilla’s diet through other means. You can do these at home without a vet’s help, although we still recommend having a vet diagnose the condition first.

As the most common deficiency is calcium deficiency, there are several known ways to fix it. The easiest is to give your chinchilla alfalfa hay or alfalfa pellets. Alfalfa hay contains much more calcium than timothy hay, so much so that if fed as the main part of your chinchilla’s diet it can cause hypercalcemia (i.e. too much calcium). But adding a small amount of calcium, or switching to a pellet with a higher alfalfa concentration, can fix a deficiency.

You can feed it more alfalfa, or you can give it a cuttle bone to gnaw at. Both of these fixes work, they’re just not as quick as intravenous injections.

$14.40 ($0.06 / Count) $13.64 ($0.06 / Count)
Immune support: 240-count, 5000IU Vitamin D3 Softgels for immune health. Vitamin D by Nature’s Bounty may assist the immune system by helping to regulate T and B-lymphocytes. Vitamin D3 is a more potent form of Vitamin D Strong, healthy bones: In add... read more
(as of May 8, 2021 - More infoProduct prices and availability are accurate as of the date/time indicated and are subject to change. Any price and availability information displayed on [relevant Amazon Site(s), as applicable] at the time of purchase will apply to the purchase of this product.)

$19.97 ($0.33 / Count)
Why choose us: Lethargic? Zero Motivation? Unsatisfactory Health? Vimerson Health may have you feeling active and more energized* with this perfectly combined daily multivitamin and mineral supplement; Our blend enhances energy and improves mood*, su... read more
(as of May 8, 2021 - More infoProduct prices and availability are accurate as of the date/time indicated and are subject to change. Any price and availability information displayed on [relevant Amazon Site(s), as applicable] at the time of purchase will apply to the purchase of this product.) 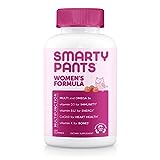 $27.60 ($0.15 / Count) $25.64 ($0.14 / Count)
Women's Formula with new extra premium ingredients, all in one delicious serving: Beta Carotene, Vitamin B6, Vitamin K2 & Choline (Packaging May Vary). Non-GMO. Free of milk, eggs, peanuts, tree nut allergens, fish allergens, shellfish, soy, gluten a... read more
(as of May 8, 2021 - More infoProduct prices and availability are accurate as of the date/time indicated and are subject to change. Any price and availability information displayed on [relevant Amazon Site(s), as applicable] at the time of purchase will apply to the purchase of this product.)

Hi, I’m Emily. I’ve loved chinchillas since I was little: I used to stop in the pet shop on the way home from school every day to look at the chinchillas. My parents never let me get one, but it’s definitely for the best not to buy from pet shops anyway! Now I’m proud to support rescues and help people care for their pets better. That’s me on the right.