Lettuce has lots of vitamins and minerals, and small animals love it… Don’t they? Or is it unhealthy? Can it cause bloating, diarrhea or worse?

Lettuce has lots of vitamins and minerals, and small animals love it… Don’t they? Or is it unhealthy? Can it cause bloating, diarrhea or worse?

Can chinchillas eat lettuce? Chinchillas shouldn’t eat lettuce because it’s nutritionally unsuitable. It isn’t poisionous, so it won’t kill your chinchilla straight away. And your pet won’t have any problem physically eating it, meaning it’s not any more likely to choke on it than it might choke on hay. But the high water content of the lettuce and the low fiber content combine to cause diarrhea. Vegetables can also cause dangerous bloating that could kill your pet.

The guide below looks at the exact nutritional content of lettuce to break down exactly why it’s so unhealthy, and compare it to what a chinchilla really needs. The final section makes some suggestions on how much lettuce you can feed to a chinchilla (hint: none!) and what to feed instead.

It was long thought that lettuce and similar vegetables make the perfect food for small pets. And we think of lettuce as being a healthy food for ourselves, too, largely because it’s full of water and low in calories. But it’s this water that makes lettuce unsuitable for your pet.

We therefore recommend against feeding your chinchilla any lettuce. While a small piece the size of your fingernail once per week wouldn’t cause the serious effects above, there are snacks that are far more suitable which contain nutrients chinchillas need and won’t cause diarrhea or bloating. It’s therefore logical to stick to these snacks, like rose hips or herbs, instead.

Chinchillas enjoy almost any snack. They seem to enjoy vegetables because they’re sweeter, or at least sweeter than most kinds of hay. And while chins don’t require variety, they do enjoy exploring new things, so take to most vegetables as soon as they’re fed.

The fact that chinchillas enjoy vegetables and fruits so much, even though they’re downright unhealthy, means they’re akin to candy or potato chips.

Let’s take a look at the nutrients that can be found in lettuce. Here is a list with data from NutritionValue.org showing how much of each key nutrient lettuce contains. These data apply to all varieties of lettuce, which are broadly similar in nutritional value (i.e. high water content, etc.)

Afterwards, we’ll break down why lettuce is unsuitable on almost every count.

In the right hand column we’ve also listed the chinchilla’s estimated requirements for each nutrient. These figures aren’t universally accepted, as sources disagree on the precise amounts chinchillas need. This source, for example, states that chins need roughly 30% fiber. This one gives a lower estimate of 15-23% instead.

It’s the water content combined with the low fiber content that makes lettuce entirely unsuitable. Chinchillas need lots of fiber with little water, as this reflects the diet of dry grasses they eat in the wild. Lettuce provides the precise opposite, being almost entirely water, and containing only 1.3% fiber per weight.

Whichever figure you accept as a chinchilla’s nutritional requirements, 1.3g of fiber is far too little. The low level of fiber makes diarrhea even worse. Fiber slows digestion, allowing the gut more time to soak up the water in food. If there’s little fiber, digestion takes less time, giving the gut even less of a chance to absorb the water in the feces.

Lettuce doesn’t meet any of a chinchilla’s nutritional needs. This isn’t as immediate a problem as the diarrhea it can cause, but it’s still worth understanding.

No matter what diet you personally follow, your chinchilla needs a mixture of carbohydrate, protein and fat. It gets a suitable mix of these nutrients from its hay. But lettuce has roughly a tenth of what your chinchilla needs for each nutrient. Considering the fact that other snacks like rose hips and sweet hay do meet these requirements, that’s another drawback to consider.

Vitamins and Minerals in Lettuce

But what’s healthy for people isn’t necessarily healthy for your pet. Your chinchilla will get all of its vitamins and minerals from its fresh hay and hay pellets. The only common deficiency that chinchillas get is calcium deficiency, and this can be fixed by giving your pet a cuttle bone to gnaw on.

Plus, chinchillas don’t need some nutrients that we do. Vitamin C, for example, is synthesized directly by chinchillas inside their bodies; they don’t need to get it from external sources. In fact, we are one of the few animals that can’t do that. So lettuce’s vitamin and mineral content doesn’t mean much, and definitely doesn’t mean you should feed it as a snack.

Is Lettuce Poisonous to Chinchillas?

While lettuce isn’t poisonous, it does have another bad effect on your pet’s gut. It can cause bloating.

All vegetables can potentially cause bloating in chinchillas. That’s because your pet’s gut isn’t used to them. And this isn’t just an embarrassing problem: bloating can rupture the walls of your pet’s stomach or gut and kill it.

The problem is that your chin isn’t used to digesting vegetables. To cut a long story short, lettuce contains fibers and sugars that your chinchilla’s gut isn’t set up to handle. When animals, chinchillas included, eat things that they aren’t used to they can get gas. But because chins can’t pass gas easily, it can build up in your pet’s stomach and gut. This is very painful for your chinchilla, and you will notice the signs of pain such as your chin rubbing its belly on the floor to relieve the gas, holding its ears in a downward position, or sitting in a hunched posture.

Lettuce isn’t as bad in this regard as other vegetables like broccoli. That’s because it contains almost nothing but water. But this is still something you should know, and that could potentially happen if you gave your chin far too much lettuce to eat.

How Much Lettuce Can Chinchillas Eat?

We would recommend that you don’t feed your chinchilla any lettuce. The twin issues of diarrhea and bloating apply to all vegetables to greater or lesser degrees. While lettuce isn’t as bad as broccoli or as fruits like banana,

Even if you disregard these potential health issues, lettuce doesn’t give your chinchilla the energy it needs. Chins need to forage for food throughout the day because hay takes time to eat, time to digest, and isn’t as high in calories as other foods. But lettuce is so low in calories that it’s all but a waste of time for your pet to eat it.

If you are going to feed your chinchilla lettuce anyway, only feed small amounts. A piece as large as your pinky fingernail would be sufficient for a quick snack. Any more, especially if fed regularly, could cause the issues described above.

How Often Can Chinchillas Eat Lettuce?

We would recommend never feeding your chinchilla lettuce for the reasons described above. But if you will do so regardless, only feed it infrequently. Only feeding a small amount once per week shouldn’t cause diarrhea or bloating.

The longer answer is that where lettuce isn’t actively bad for your chinchilla’s health, it’s an empty food that doesn’t give it the nutrients it needs. Because there are many snacks that meet these needs like rose hips, sweet hay, oats and herbs, it makes logical sense to feed these instead. Your chinchilla will enjoy them just as much as it would lettuce or any other unsuitable snack. 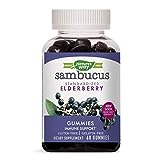 (83639)
$19.99 ($0.33 / Count) $8.00 ($0.13 / Count)
Triple action immune blend with vitamin C, zinc, and black elderberry extract. Sambucus elderberry gummies are made from black elderberry extract. Elderberries have traditionally been used as a winter remedy for immune support.* Full-spectrum black e... read more
(as of July 25, 2021 - More infoProduct prices and availability are accurate as of the date/time indicated and are subject to change. Any price and availability information displayed on [relevant Amazon Site(s), as applicable] at the time of purchase will apply to the purchase of this product.) 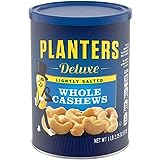 (28090)
$8.99 ($0.49 / Ounce)
SALTED CASHEWS: Roasted lightly salted nuts have rich, buttery flavor and a satisfying crunch PLANTERS NUTS: This 18.25 ounce resealable jar of PLANTERS Deluxe Lightly Salted Whole Cashews contains about eighteen 1 ounce servings and features a resea... read more
(as of July 25, 2021 - More infoProduct prices and availability are accurate as of the date/time indicated and are subject to change. Any price and availability information displayed on [relevant Amazon Site(s), as applicable] at the time of purchase will apply to the purchase of this product.) 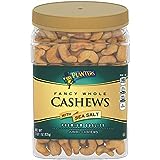 (15641)
$16.98 ($0.51 / Ounce)
WHOLE CASHEWS: Go nuts for smart snacking with PLANTERS Fancy Whole Cashews with Sea Salt. These rich, jumbo cashews have a crunchy texture and are a great nutrient dense snack PLANTERS NUTS: This 33 ounce resealable jar of PLANTERS Fancy Whole Cashe... read more
(as of July 25, 2021 - More infoProduct prices and availability are accurate as of the date/time indicated and are subject to change. Any price and availability information displayed on [relevant Amazon Site(s), as applicable] at the time of purchase will apply to the purchase of this product.)

My name's Bill. I have two hobbies: keeping chinchillas and growing orchids. In my spare time, I read and write about chinchillas too!

What Do Chinchillas Eat in the Wild?

Wild chinchillas don’t have access to the same foods that pet chinchillas do, as they live in a completely different habitat. The question is *how different* is their diet.